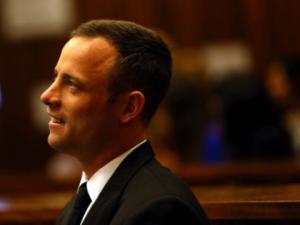 Pretoria – A series of frantic phone calls were made by Oscar Pistorius in the minutes after he shot and killed Reeva Steenkamp.

The series of calls and their details were revealed as the High Court in Pretoria heard more about Pistorius and Steenkamp’s phone data.

Cellphone expert Captain Francois Moller returned to the stand on Tuesday morning, where he provided further data from Pistorius and Steenkamp’s cellphones.

Pistorius’s iPhone and Steenkamp’s phone were found at the scene of the shooting, while Pistorius handed over a second phone he owned two weeks after the incident.

According to Moller, he extracted a vast amount of communication data from Pistorius’s phones, as well as some of his location or movement data.

Moller presented a chart to the court that tracked phone activity on the couple’s phones from the day before until just after the Valentine’s morning shooting.

Pistorius had spoken with Steenkamp on February 13, 2013 for about 4 minutes at around 1pm, with other shorter calls in the afternoon.

Steenkamp used her phone that day at around 8pm for internet access – possibly using Whatsapp – with another log less than an hour later.

Pistorius’s own phone activity on both of his phones until midnight on February 14 was then presented to the court.

On February 13, one of Pistorius’s phones showed only internet connections and no voice calls.

Pistorius’s phone showed he had been in Midrand in the late afternoon, travelling towards his Pretoria East complex.

Pistorius received a phone call from his brother and a witness in the trial, Heinrich “Carl” Pistorius, on the way for about 5 minutes.

He received a call from Steenkamp, at around 5.45pm.

He made another outgoing call at about 6.10pm, for almost 10 minutes, followed by another call at around 7pm for 36 seconds to Carl again.

He made another call at around 8.30pm that night for even longer, 1737 seconds or about 29 minutes.

This was followed only by internet access later in the evening.

At 12.30am, he had accessed the internet – this could include Whatsapp messages – and again at 3.18am, after the shooting.

A minute later, he made a phone call to his estate manager Johan Stander, a 24-second call.

He then called an ambulance service, a 66-second call.

He then called at 3.21am to another number, the security of the estate.

Seconds later, he called his own voice mailbox.

Security then called back.

At 3.55am, he called a friend, Justin Divaris for about 2 minutes.

At 4.01am he called his brother Carl again.

He also received an incoming call from “Peet” for about 49 seconds.

It was not clarified in court who Peet was, but it may refer to Pistorius’s manager Peet van Zyl.

After the shooting he accessed the internet multiple times, but it was unclear if these were all WhatsApp messages.

According to Moller, social media applications can stay connected to the networks, meaning a phone can appear to be connected to the internet at any given time, even if the user isn’t using the phone directly.

It can be internet connections, application updates, e-mails coming in or a website browsing.

Moller said it can’t be determined if the person was using the phone through billing record analysis alone.

Roux also pointed out that previous witness and security guard at the estate, Pieter Baba, was wrong in his testimony, as Moller’s phone logs showed Pistorius called security first at 3.21am.

Roux also pointed out the calls from Pistorius’s phone may not have been from the athlete using the phone himself, which Moller said could not be told from the data.