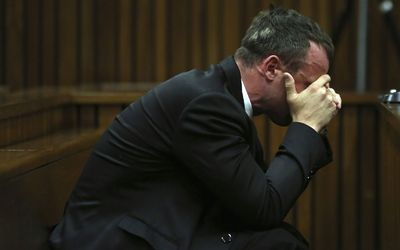 THE Oscar Pistorius case was a domestic matter that could happen anywhere in the world and should not give the perception that South Africa was a crime-ridden country, South African Tourism CEO Thulani Nzima said on Friday at a global tourism summit in China.

Mr Nzima was responding to questions from foreign journalists at the World Travel and Tourism Council (WTTC) 2014 Global Summit, concerned about the safety and security of tourists in South Africa.

Mr Nzima said South African Tourism had embarked on a strategy to host foreign journalists at events such as the Cape Town Jazz festival, in an effort to expose them to the country and end incorrect perceptions about the safety of tourists abroad. However, he said the organisation would not put up billboards marketing South Africa as a safe destination around the world as this would give the impression that the country had a crime problem.

“You ask me about safety now because of the Oscar Pistorius case. The Oscar Pistorius case is a social matter and a relationship between two people gone wrong within the confines of their own home. It happens everywhere around the world. It does not mean South Africa is crime-ridden.” Mr Nzima said.

He said that during and after the World Cup, “township tourism” had become popular among visitors “looking for an authentic experience” and an opportunity to interact with the people of the country.

However, in a separate panel, former United Nations deputy secretary-general Lord Malloch Brown warned against “poverty tourism”, citing Soweto in his examples. The former UK cabinet minister is chairman of FTI Consulting for Europe, the Middle East and Africa.

He said exposing wealthy people to the poverty of others in tourism needs “an appropriate social view and touch” to allow people to see poverty without creating poverty tourism, which was unethical.